What is Big Lick Roofing?

Big Lick Roofing is a master elite roofing company in Roanoke, Virginia that serves the local 60 miles radius with superior roof replacements & repairs. We carry certifications that only 2% of the roofing companies in North America qualify for. We pride ourselves with our outstanding customer service & quick turn-around times. Big Lick Roofing is here to meet your expectations and give you peace of mind with your new roof. We stand behind our work with a workmanship & material warranty on every job!

What Makes Us Different?

Dakota Weddle is the founder & owner of Big Lick Roofing. Dakota grew up in the construction industry working alongside his father when he was 14 while he was racing motocross up and down the east coast every weekend. Dakota worked for his father’s company, not only helping out with installations but also managing it up until his father retired in 2019. Dakota decided to carry on his father’s legacy by starting Big Lick Roofing. Outside of business, Dakota is a guitarist and loves being outdoors. He enjoys riding ATV’s and motorcycles in his free time. 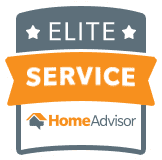